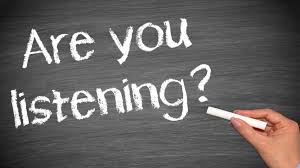 I can’t be the only one…

Do you talk to yourself?

I talk to myself out loud, whenever I want to develop an idea, figure something out, or memorise a text, I turn to this specific routine. I know it works and whilst it occasionally causes me problems with my family, peers, or passers-by, I feel it most definitely improved my concentration, focus and thinking skills. I also believe it has also improved my reasoning and speaking skills immensely.

Let me go through my reasoning

Speaking out loud is not only a medium of communication, but an ancient ‘hard-wired’ technology of thinking: indeed, it encourages the formation and processing of thoughts.

The idea that speaking out loud and thinking are closely related isn’t new. It has been around since the times of Ancient Greece and Rome as seen in the work of such great orators as Marcus Tullius Cicero.

The German writer Heinrich von Kleist suggested that usually thoughts and germs of ideas have an abstract beginning, they are better developed and structured through a process of active speech which helps to turn the obscure thought into a whole idea.

Guide your thinking and develop your creativity

Whilst thought does not necessarily produce speech, speech is a creative process that in turn generates thought, indeed Kleist argues, ‘new ideas come with speaking’.

Modern theories in cognition and the science of learning reaffirm Kleist’s speculations, and show how self-talk contributes not only to motivation and emotional regulation, but also to some higher cognitive functions such as developing reasoning and there is little doubt about the power of spoken self-affirmation as a means of self-empowerment, in the spirit of positive psychology.

So why don’t we talk to ourselves all the time:

Well, the truth is, we do but this tends to be internalised as our inner monologue, a continuous cognitive assessment of the world around us and possible and probable actions and outcomes.

Externalising our self-talk is often seen as the premature equivalent of inner speech – the silent inner voice in our mind. The tendency to express our inner thoughts in actual self-talk as we did when we were children, is internalised, and transforms to voiceless inner speech in adulthood.

Lev Vygotsky the developmental psychologist speculated in the 1920s that Self-talk is deemed legitimate only when done in private, by children, by people with intellectual disabilities, or in Shakespearean soliloquies

Vygotsky claimed that self-talk has an active mental role. He observed children performing tasks while speaking to themselves out loud and he reached the conclusion that their ‘private-talk’ is a crucial stage in their mental development. Gradually, a child’s interaction with others turns external conversation with the self – self-talk – into totally muted inner speech in adulthood.

So, this self-talk phenomenon is connected to task or situations not yet mastered or encountered for the first time by you. As the tasks or situations become familiar and you understand what needs to be done the talk goes internal [where it can be hidden from others and quicker].

When you are young, this outward self-talk is acceptable to the external observer, but as you get older self-talk is taboo because it violates the social assumption that speech is, and should be, communicative.

Therefore, in the face of social pressure, we stop doing it.

There are no acceptable circumstances in life when we can say: “I’m sorry, I can’t come right now, I’m busy talking to myself”

Vygotsky’s successors, have demonstrated that inner speech goes on to facilitate an array of cognitive functions including problem solving, activating working memory and preparation for social encounters.

Why self-talk is better than inner speech

Self-talk enjoys certain advantages over inner speech, even in adults for several reasons.

As Fernyhough has shown, we often tend to speak to ourselves silently using single words and condensed sentences. Speaking out loud, by contrast, allows the retrieval of our thoughts in full, using rhythm and intonation that emphasise their pragmatic and argumentative meaning, and encourages the creation of developed, complex ideas.

Retrieval of the old and creation of new

Not only does speech retrieve pre-existing ideas, but it also creates new information in the retrieval process, just as in the process of writing. Speaking out loud is inventive and creative – each uttered word and sentence doesn’t just bring forth an existing thought, but also triggers new mental and linguistic connections. Both speech and writing force a transformation of the thought (to audible sounds or written signs) which in turn produces a mental shift. This transformation isn’t just about the translation of thoughts into another set of signs – rather, it adds new information to the mental process, and generates new mental cascades which often tumble one from the other. That’s why the best solution for creative blocks isn’t to try to think in front of an empty page and simply wait for thoughts to arrive, but to continue to speak and write (anything), trusting this generative process.

Speaking out loud to yourself also increases the structural quality of our own speech. Although we have no visible addressee, speaking to ourselves encourages us to actively construct an image of an addressee and activate one’s ‘theory of mind’ – the ability to understand other people’s mental states, and to speak and act according to their imagined expectations. Mute inner speech can appear as an inner dialogue as well, but its truncated form encourages us to create a ‘secret’ abbreviated language and deploy mental shortcuts. By forcing us to articulate ourselves more fully, self-talk summons up the image of an imagined listener or interrogator more vividly. In this way, it allows us to question ourselves more critically by adopting an external perspective on our ideas, and so to consider shortcomings in our arguments – all while using our own speech.

Movement may be important

Self-talk is often intuitively done whilst moving or walking around. If you’ve ever paced back and forth in your home or office while trying to talk something out, you’ve used this technique intuitively. It’s no coincidence that we walk when we need to think: evidence shows that movement enhances thinking and learning, and both are activated in the same centre of motor control in the brain. Some also claim that the actions themselves are fundamental part of the cognitive processes. An example of this might be seen in activities such as playing a musical instrument, writing, speaking or dancing. They don’t start in the brain and then emanate out to the body as actions; rather, they need the mind and body working in concert as a creative, integrated whole, unfolding and influencing each other in turn. It’s therefore a significant problem that social pressure don’t allow us to activate these intuitive cognitive muscles, and indeed often even encourage us or demand that we avoid them.

Talking out loud should be thought of as a great way not only to order thoughts but to develop new creative ideas, it is a natural process for children learning new skills or exploring their way through unexplored territory, but it is driven out of us as we get older because society sees self-talk as taboo because it violates the assumption that speech is, and should be, communicative.

There are lots of reasons you should make it a habit – it encourages the creation of developed complex ideas. By verbalising thoughts, it triggers new mental and linguistic connections, speaking to oneself also increases the structural quality of your own speech as well as being a fundamental part of the creative process. It helps you to understand the world around you and anticipate and empathise with potential reactions.

Because of modern technology we are more relaxed about seeing people ostensibly talking to themselves using their mobile phone, so, if necessary, put an earpiece in and look like you are using your phone – you can always say “sorry I can’t talk to you now, I am just chatting this idea through with Dave, Sally or Joan”

Have courage, don’t judge others who look like they are talking to themselves and don’t be put off by others judging you!