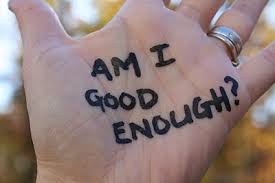 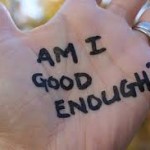 You know all the little secrets about how hard you have had to work to get to where you are today and how on several occasions, it nearly all fell apart. You remember the occasions when you were lucky and managed to rescue the situation at the last moment without getting found out.

Do you ever have days when you tell yourself…?

“… Talked yourself into a big job this time…”

“… They all manage this task so easily… look at you, look at the hours you are having to put in…”

“… Then where will you be … eh?  You will have let yourself and everyone else down AGAIN”

Impostor syndrome tends to be a reaction to certain situations. It is experienced by both men and women of all ages and studies have found that 70 percent of all people feel like impostors at one time or another. It is not considered a psychological disorder, but in the work place can be career limiting and debilitating at times.

Impostor syndrome, is a psychological phenomenon in which people are unable to believe their success. Despite external evidence to the contrary, those with Impostor syndrome remain convinced that they are to some degree a fraud, and it is only a matter of time before the world finds out that they are not as good as the other people think. All along they have in fact been deceiving others into thinking they are more intelligent and competent than they believe themselves to be.

The term “impostor syndrome” first appeared in an article written by Pauline R. Clance and Suzanne A. Imes who observed many high-achieving females tended to believe they were not intelligent, and that they were over-evaluated by others.

The most effective technique to overcome impostor syndrome is to simply recognize that it exists. To understand that almost everyone has it at some time. It is the epitome of the Swan – serene above the water, but working like crazy below the water line.

Sometimes just knowing that it is not only you that feels like this – but almost everyone you know has these moments at times – this will help you regain your equilibrium.

Take a minute, take a breath, and as the Great British saying goes “Keep Calm and Carry On!”