Are You clever or just intelligent?

In the popular sense, intelligence is often defined as the general mental ability to learn and apply knowledge to manipulate your environment, as well as the ability to reason and have abstract thought.

To this end the psychologist Robert Sternberg coined the phrase “practical intelligence.”

It is more practical in nature, not just knowledge for its own sake, but rather knowledge that helps you read situations correctly and get what you want.

Critically, it is a kind of intelligence which is separate from the sort of analytical ability measured in a more educational context which explores a person’s intelligence via an IQ Test.

While there are a number of different methods for measuring intelligence, the standard and most widely accepted method of measuring a person’s intelligence is based on a series of tests which assess various types of abilities such a mathematical, spatial, verbal, logic and memory. The results from such tests done on a group that is representative of the wider popular shows the classic ‘bell-shape’ distribution, meaning that most people are of average intelligence with a few at the extreme ends of the scale. This is known as your ‘intelligence quotient’ or IQ. But just like the definitions of intelligence, the measurement of intelligence has been dogged by controversy and disagreement.

The concept of intelligence as a single entity was first put forward by an English psychologist named Charles Spearmen in 1904. Spearman coined the term ‘General Intelligence’ or ‘g’ which was based on measure of people’s performance across a variety of mental tests.

This single intelligence was believed to enable humans to undertake common mental tasks and believed to correspond to a specific region of the brain. Recent research has supported this with a part of the brain called the ‘lateral prefrontal cortex’ being shown to the only area which has increased blood flow when test patients tackle complicated puzzles.

However, many have also questioned Spearman’s theories, in particular the simplistic nature of the ‘g’ concept and whether intelligence can really be treated as a single entity. Others have debated the dependence of intelligence on our biological make-up, citing the importance of socio-economic and enviromental factors such as education and parental support. 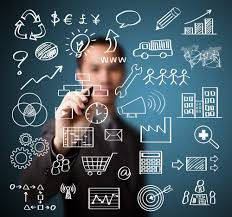 More recently, scientist dissatisfied with the traditional idea of a single intelligence have postulated alternate theories of “multiple intelligences” – that is, intelligence is the result of several independent abilities which combine to contribute to the total performance of an individual.

Psychologist Howard Gardner’s theory of multiple intelligences states that intelligence can be broken down into 8 distinct components: logical, spatial, linguistic, interpersonal, naturalist, kinaesthetic, musical and intrapersonal. Thus he believes that standard IQ tests and psychometric tests focus on certain components, such as logical and linguistic, while completely ignoring other components which may be equally important.

Another psychologist, Robert Sternberg, proposes that there are 3 fundamental aspects to intelligence: analytical, practical and creative. Like Gardener, he also believes that traditional intelligence tests only focus one aspect – analytical – and does not address the necessary balance from the other two aspects.

One alternate type of intelligence often mentioned in popular media is ‘emotional intelligence’, developed by Daniel Goleman and several other researchers. This refers to an individual’s ability to understand and be aware of your own emotions, as well as those of people around you. This ability enables you to handle social interactions and relationships better. 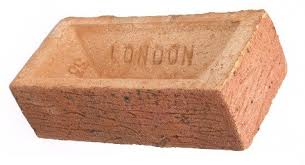 In Malcolm Gladwells book Outliers, he suggests that once you reach a suitable level of traditional IQ then scoring higher makes no difference, it is in fact your ability to access other forms of intelligence which will make the difference, how practical are you [how do you apply what you know to change or adapt to your current environment] how creative are you [how many different ways can you see to use the information you have]

In the book he asks the question ‘How many different ways can you think of to use a brick?’ this is a great way to test your creative intelligence…

How many can you come up with?