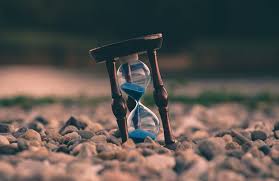 Why you should talk to yourself in the third person

Solomons paradox is named after Solomons legendary ability to make great judgement about others BUT not to be able to make good decisions about one’s own actions.

Whether the tales of Solomon are rooted in historical fact or not, they describe how we are often wiser when it comes to helping others than we are with ourselves.

There’s something about the distance between yourself and another that provides the space to assess a situation more objectively, and control your emotions, rather than letting them cloud your thinking.

But there might be a remarkably simple way to access this kind of distance, and approach your own emotions, stress, and problems with a Solomon-esque distance: Talk to yourself in the third person.

Decades of research show quite clearly that talking to yourself as an external observer —also called “distanced self-talk” can help develop ‘psychological distance’, a phenomenon that leads to better emotional regulation, self-control, and potentially even wisdom.

Research from the University of Michigan found that when people use words for themselves that they usually reserve for others—their name, and third- and second-person pronouns—they were better able to deal with, even intense, negative emotions, and even when they had a history of having a hard time managing their emotions.

When the going gets tough or the emotion gets intense, we often lose the ability to keep the big picture in view. In these types of situations, being able to think about your experience from a more distanced perspective can be helpful.

By talking to yourself in the third person, or even second person (“you”) appears to help people bypass a lot of the effort that’s usually put into trying to change your perspective to a more distanced one. Even the act of physically leaning back has been shown to help more easily perform a difficult task.

The official term for talking in the third person about yourself is illeism.

Many people have an internal monologue that kicks in as they figure out what to do, reflecting on the past, or guiding ourselves through day-to-day situations, but we frequently use the pronouns I, me, mine, and my

One of the most intriguing aspects of distanced self-talk is that as a strategy it seems to take very little effort, but you retain the privileged access to all the details of your emotions and situations, it just provides the ability to take a slightly more objective view.

Research also shows that when people start referring to themselves in the third person, they use more past and future tense verbs instead.

Research on distanced self-talk suggests that shifting your language can change the way you feel,

The impact of changing the pronoun

These psychological effects of switching up your pronouns suggest that language can somehow shape our emotional experiences.

In linguistics pronouns—like you, he, she, or they—are very flexible when we use them in everyday speech, they’re called shifters, because they easily change meaning depending on the context. That may be one of the underlying mechanisms for how this psychological distancing can occur with so little effort, and through language.

People who speak in the third person… out loud? “In the popular imagination, the usual context in which illeism appears is when people are signalling their own power or status,” while we might regard third-person talk as a narcissistic trait, illeism in culture and media reveal it’s more complex than that. When we write resumes or bios in the third person, it can feel more comfortable to do so instead of using the first person. It’s feels easier to talk about someone else’s accomplishments than to boast about ours.

Emotional regulation could be used to avoid difficult emotions rather than face them, as in the case of phobias where people avoid encountering what it is they’re afraid of. When someone gets anxious, they may say out loud, “Oh get a grip of yourself, < Yourname>.”

One component of Buddhism is increasing the gap between an impulse and an action. A lot of insight-based meditation or practices are about sitting with yourself and observing yourself in the third person,

When to use it

No one would recommend you adopt a distanced perspective 24/7, even internally. It’s a tool to help during heightened emotional times, when that kind of distance is helpful for getting perspective and not letting the emotions take over.

There may be times when we need more psychological distance than others. Whether you do it privately or in the mirror before work or in a diary format, all of these are great strategies to try out and see if they work.

So, why not adopt a Solomon-esque approach and talk to yourself in the third person you just might find it does the trick.

Sometimes in a tough situation or faced with a tough decision it might help to start making a plan of action as if you were advising a friend — someone who you know deserved respect, success, and also happened to have your name.

Why is that if I say, ‘What does Mark want?’ it’s as if I’m talking about somebody else.

Just by itself, it puts us into this mode where I’m not talking about me anymore. I’m not appraising this in respect to me. I’m appraising the meaning of this with respect to someone else.